The struggle to get a federal holiday to honor the memory of Martin Luther King Jr. was not easy, but today, although a lot of people are still against it, a national tribute is paid to the nonviolent figure.

It’s been more than half a century since Doctor Martin Luther King was assassinated because of his dream to see the children of America share a common destiny, overcome racial discrimination and put an end to social segregation in a society where people should not be judged by the color of their skin but the content of their character. Today the country remembers him.

“Doctor King was many things… he was a prophet, an organizer. He was a civil rights champion. The holy was not something easily won; there were states including the state of Arizona who refused to celebrate Martin Luther King’s holiday even after it has been declared a national holiday… It’s still a day that Americans need to remember”, said Reverend Jennifer Walters during a Sunday service at the Church of the Advocate.

From the Church of the Advocate to the Berean Presbyterian Church, North Philadelphia seized the occasion to remember a peacemaker who had actually visited the city in 1965 to rally against public school segregation at Girard College.

On Sunday, a day before MLK holiday, the Church of the Advocate located on Diamond Street in North Philly dedicated an entire Sunday service to the memory of Doctor King.

“Dr. King showed us that…this country…has the capacity to be great and do great things. He showed us that some of the stereotypes that we were taught were not true”, said Jeanne Johnson after the Sunday service at the church of the Advocate.

On Monday, the Berean Presbyterian Church hosted a reading of MKL’s famous speech “I have a dream”, in partnership with Temple University’s Klein College of Media and Communication and Temple Football.

“It’s a big symbol for our team… Temple is such a diverse place, and to have the opportunity to come together from all the different backgrounds and work on this day is just very symbolic for us in the sense of freedom and unity. We might be diverse, but we are one”, said Trad Beatty, Temple student and Football player.

Unity can be apparent among Temple students, but the question that might seem puzzling to this holiday is to know whether or not Martin Luther King’s dream has really come true among communities.

Despite the desegregation of public as well as private facilities across the nation, the interviewed Philadelphians believe that much remains to be done in terms of race relationship in America in general and Philadelphia in particular.

Abigail Jones, Professor of strategic communication at Klein College of Media and communication thinks that “we’re actually backtracking right now” in terms of unity and equality in the American society.

For Reverend Jennifer Walters, the answer to whether or not the dream has come true is “yes and no.”

According to her, “the dream has been coming true in different ways among communities in Philadelphia”, but the majority of people in America are still undergoing racial discrimination and social segregation.

“White supremacy in the United States is still deep. [the vision] is emerging but it’s not true yet” said Rev. Walters.  “we can see that with discrimination against immigrants, against gay people, against different people” she pursued.

About three days prior to the holiday, three alleged white supremacists had been arrested by the FBI in Virginia.

Also, while the country is remembering a nonviolent activist, in Richmond, Virginia, thousands of protesters gathered at the city capitol to pretest against gun control laws.

In order that this holiday reflects Martin Luther’s dream, said Ms. Johnson, “the hearts and minds of people need to be opened.”

According to her, “[we should end] Stereotypes and basically lies that were perpetrated to keep certain people subordinate to other people. Until we reach that, we will never achieve Martin Luther King’s dream.” 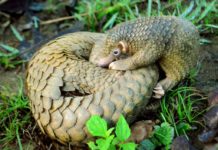 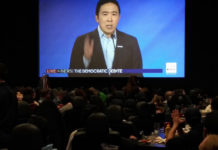