She was simply helping the neighborhood paint the wall until she realized it was going to be a tribute paid to her own person while she is still alive. Rosalind Pichardo, aka “Roz”, still cannot believe Kensington would focus so much attention on her.

Early in October, Callie Curry “Swoon”, has finished painting two murals that she started in 2018, in front of Prevention Point Philadelphia’s building, featuring a couple of Kensington neighborhood community members including Rosalind Pichardo, known for her advocacy and personal story.

“My friend was like, oh, you’ve got a mural while you’re alive, not when you’re dead, because a lot of people get murals after they’re dead. I was kind of excited…about that,” said Ms. Pichardo.

“This shouldn’t be taken for granted,” said a Kensington resident who did not want to be named for unknown reasons. According to him Ms. Pichardo “shows some love to everyone.” She “deserves to be honored,” he pursued.

Born in North-East Philadelphia, Kensington, Ms. Pichardo’s engagement in this neighborhood stems from her life story marked by unstable childhood and tragic events she went through as a teenager.

What later turned to be a tragic event started as a love story with Pichardo’s then boyfriend called Donald Williams.

“It started when I was Fifteen or sixteen, when I started dating…Donald…Something happened to Donald when he had gotten shot… Donald became… paranoid, and aggressive[…] So, I told him that I couldn’t go out with him anymore”, said Ms. Pichardo

The end of relationship with Donald Williams meant the beginning of fear and tragedy for “Roz” Pichardo. Her ex-boyfriend, Williams, would later become a threat for the entire family. Their encounter in 1994 on a bridge on 11th street and Erie Avenue resulted in Williams pushing her off the bridge onto the railroad tracks, and tried to shoot her when tried to hide, Ms. Pichardo claimed.

She survived the murder attempt, but the worse happened when Williams went to Pichardo’s home and shot her then boyfriend Talvird Jackson.

“I felt like he…massacred my whole family. I kept thinking that…When I [got] to the house I [saw] all this yellow tape…In my stomach I was like ‘he just killed everybody’. Then I [saw] my sister coming out of the door”, recalled Ms. Pichardo, “and I felt a little relief, then I kept seeing people coming out. My mom came out…then I looked over and nobody in my house got shot.” She pursued.

But Williams shot and killed Ms. Pichardo’s then boyfriend, Jackson, who was sitting in his car.

Williams was sentenced for the murder, but was freed after fifteen years, according to Ms. Pichardo. He, later on, murdered Maria Serrano and was sentenced to life in prison.

Surviving homicide attempt and overcoming the trauma that followed the murder of Jackson was just the first step toward a series of tragic events that would follow in the life of Ms. Pichardo.

She almost committed suicide in 2000 following her sister’s death by suicide. being taken to the ocean by Camille R. West saved her life, she said.

To that point, it was not even imaginable that Ms. Pichardo would become an outstanding advocate who would later help dozens of families in “North-East Philly.”

In 2012, her brother was shot dead, and her father also died in bed because of the trauma. That’s the moment when her advocacy to reduce gun violence and uncover perpetrators started.

“I had lost too much…I lost my sister to gun violence, even though it is self-reflected, I lost my boyfriend to gun violence; I survived; but now I lost my brother, and I said… I can’t just sit around.  So, finally, I started working with families, just giving them some insights on my experience and what I felt like helped my family”, said Ms. Pichardo.

As gun violence persists unabated in Kensington, Ms. Pichardo started Operation Save Our City to help families of gun violence victims overcome the loss and expose the suspects.

For that reason, she has become a target of drug dealers and illegal gun holders.

To this point the operation is still helping hundreds of families and saving thousands of lives.

That is the reason why she deserves a mural, according to Valerie Anne Todd, a Kensington resident. Todd believes that “Roz Pichardo” is “a phenomenal woman, action packed, saving lives, serving others with boldness and love.”

For Kathryn Pannepacker, textile artist and painter working at the Kensington Storefront, it takes authenticity, “love and humility” to be able to “connect” like “Roz” Pichardo; “the language of the heart”, she said.

Ms. Pichardo has also worked and sometimes volunteer at Prevention Point’s needle exchange program. The nonprofit that helps prevent the spread of HIV and other diseases, by giving clean needles to drug users.

Ms. Pichardo’s advocacy inspires a great deal of people around her.

“The mission she is on has purpose…and it helps a lot of people…I know how difficult it is to be able to help a few families whose members are victims of gun violence …She inspires me…to be better too”, said Michael Worthy from the Kensington Storefront.

Despite her children’s disapproval of what she is doing, Ms. Pichardo is far from stopping her advocacy and claimed that she would stop only if her brother’s case is solved.

“As long as my brother’s case is unsolved, I’ll be doing this. The case is still unsolved, it’s been seven years. I’ve seen cases that have been solved ten years later… so, I’m patient. We can get it solved”, she said. 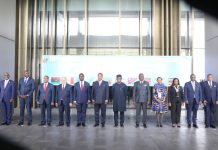 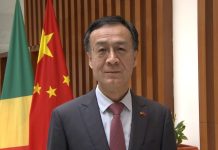 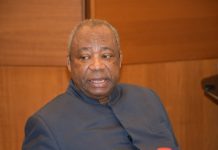